The Q collar, A Concussion Solution?

The Q collar is a device that is worn around the neck and puts pressure on the jugular vein in order to help increase the amount of fluid in the cranial cavity where the brain sits. Dr. smith described how he was inspired by Woodpeckers for the Q collar:

“One of the bird’s most striking features is its long tongue, which is supported by bones that can wrap all the way around its head. I theorized that these bones could be compressing the woodpecker’s neck veins as it thrusts its head, the resultant back pressure increasing the volume of blood between its brain and its skull. This extra fluid works like bubble wrap to help keep the brain from sloshing against the skull. I was convinced that the same effect could be reproduced in humans, perhaps with some kind of collar.”

Dr. Smith is an analytical chemist turned physician, specialized in internal medicine and consultant to the military helmet industry. At heart, he is a detective and loves solving puzzles. He got his start investigating Traumatic brain injury (TBI) when giving a presentation at the Army Research Lab when an audience member joked that if they could just figure out how woodpeckers bang their heads 12,000/day then they could figure out TBI in humans. So Dr. smith investigated it and found that woodpeckers sustain a lot of head trauma but don’t ever get the slightest of injury from it. 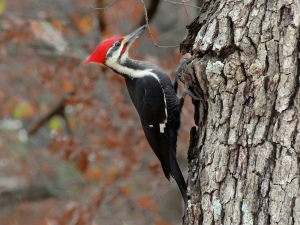 So Smith designed a study with rats and found when they compressed their jugular veins that the rats were able to sustain traumatic hits to the head and have fewer effects of brain trauma. From there Smith ran with the idea and did more research on rats and they found significant signs that this idea could work because it blocked 83% of proteins that cause brain damage. Smith says that the extra fluid in the cavity acts like bubble wrap to help the brain from hitting the skull. 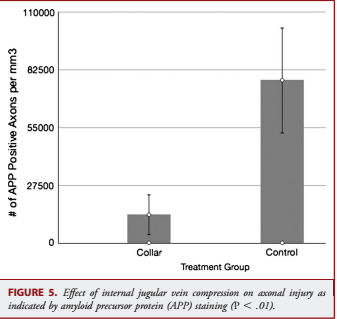 Dr. smith has a large publication coming out in the next couple of weeks where they most likely will show in humans that the Q collar works in the British journal of sports medicine.